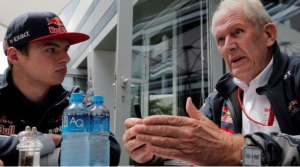 One thought on “Anything can happen Verstappen !”